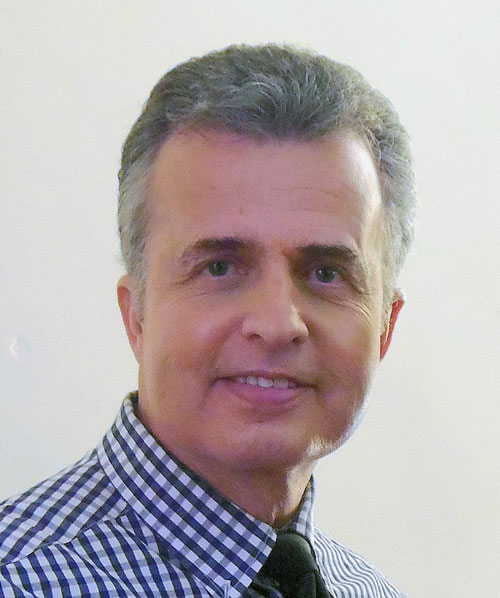 Pastor Rex Wolins came to the ministry out of the entertainment industry. Before he turned his life over to Jesus Christ he was a professional musician working in night clubs and bars. In the early 70’s he and the band he was with was hired to be the, “Miller Outpost Band.” They performed concerts across California and did the television commercials for the company.

It wasn’t until 1976 that a friend invited him to go to a Billy Graham crusade at Angel Stadium. There the Holy Spirit touched him and he turned his life over to the Lord. At that time he was working in a night club called, “The Band Box,” in Pomona California.

Feeling the Holy Spirit working in his heart he knew he had to leave the night life scene but that was all he knew how to do. Being obedient to the calling of God he quit and that Sunday walked into a little church in Rowland Heights California. Now as a believer he wanted to serve so the only thing he knew was how to play keyboards and sing. One of the Elders in the church just happened to be the retail operations manager for Safeway stores and got Rex a job with the company.

Rex worked for Safeway for over 13 years all the while serving as the music minister at that little church. In late 1989 Rex left Safeway and started full time in the ministry first as music minister then associate minister, administrator and finally senior minister. During that time Rex went back to school where he earned a bachelor of science in business management, a masters in congregational leadership and a second masters in biblical organizational leadership from Biola.

In June of 2006 Pastor Raul Ries called Rex to be the crusade director for the Somebody Loves you Crusades across America and in South America too. Rex was ordained at Calvary Chapel Golden Springs that same year.

In 2012 Rex felt a calling to begin a work in Pomona at North Towne Christian Church. Before going he and his wife Shi Mei prayed for weeks. The Holy Spirit confirmed this call by Pastor Raul and his assistant Pastor Dale Goddard who after also praying told Rex to, “Go for it…start the work.”

For the next 7 years Rex lead the congregation and the Lord added to His church.

In December 2019 The Lord told Rex that his work at North Towne was finished. Although at that time Rex did not know just what God had for him. Sunday, December 29th 2019 was his last day at the church.

Still not knowing what God had for him and his wife, they prayed. One month later a pastor that he had known for 5 years ask Rex to be the senior pastor at Higher Ground Calvary Chapel. And the rest is history. As senior pastor at HGCC God has been blessing as people’s lives have been changed by the power of the Holy Spirit and God’s word. Pastor Rex is excited to see just what our Lord has in store for this church and this community.